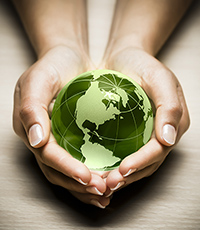 All investments and brand names under the roof of Aksoy Group operate in accordance with the socioeconomic conditions of the relevant environment. All companies under the Group contribute to not only Turkey’s but the next generations of the world with its social responsibility projects performed directly by the group or through public associations. At this point, the social responsibility activities of Aksoy Group focus on different kinds of topics such as health, environment, social development - education of children and wellness.

All hotels under the roof of Richmond International develop projects in cooperation with local governors with the aim of protecting and improving the environment. Besides these projects, Richmond Nua Wellness Spa celebrated the first and sole Wellness Day in Turkey in 2012.

With the support of the Capitol Shopping and Entertainment Center, the flagship of the retail investments of the group - which it gave to the education - the Capitol Primary School was established and its handover was realized to the Special Provincial Directorate of Administration in the year of 1999. Yet, the school, which had started to operate in the same year, put signature to academic successes in the field of education and training and to so many successes in the field of social-cultural and sportive fields, on the basis of country, province and county, in line with its vision and mission. It was accepted to the EC Comenius Project, which it had made an application in the year of 2006 and significant contribution was made to the introduction of both the school and Turkey by developing good relationships with England, Italy and Poland schools which took part in the scope of this project.