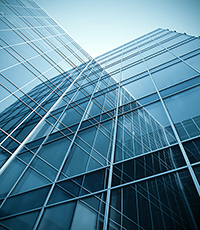 Aksoy Group was founded by the Aksoy family in 1982 and it continues its operations in various fields from tourism to real estate, retail to internet technologies. The Group succeeded growth with its operations in production industry’s textile and apparel fields in 1990’s. The company added value to its operations by combining its production with international connections and became a pioneer in the sector. In 1992, Aksoy Group entered the service sector with hotel chain investment and diversified its investments in real estate, retail and internet enterprises aside from tourism, making the group one of Turkey’s most respected and long-established groups.

Aksoy Group offers premium brand quality and dynamic human resources to its clients with nearly 1.500 employees. The Group is constantly growing with the value put on innovation and investments. It closely follows new developments in strategic fields and reacts rapidly. Hence the Group has become a large community adaptive to global economic conditions and changes.

Being one of Turkey’s fastest growing family companies, Aksoy Group operates with transparency, innovation and customer oriented principles since 30 years. The Group’s business operations have been deemed worthy of many rewards by many institutions and foundations such as the Chamber of Commerce, Istanbul Exporters’ Association and Istanbul Chamber of Industry.